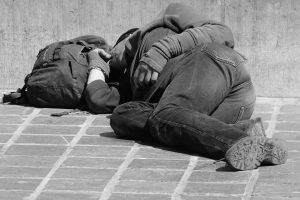 The continuing problem of people sleeping rough is deeply worrying and unacceptable. There is much good work being done to support people but we all know the key to ending this crisis is to provide more homes and also to stop the constant flow of people becoming homeless.

The major reason for this crisis is the failure of previous governments to act to prevent a problem turning into a crisis and now it is an emergency situation.

The last Government did some work to help prevent families and individuals from becoming homeless and others to move on and secure a home. However, the actions were neither sufficient nor fast enough to deal with the problems, and in some areas, such as Rent Supplement, they actually helped transform the housing crisis into a homeless emergency. We must make sure these mistakes are not repeated. We need more action not more words. The next Government has to commit to a coherent set of actions required to achieve this urgently.

A programme to tackle the housing and homeless crisis should be at the heart of any new Government, and we have previously issued a five point plan setting out the key elements which should inform such a programme. These demands include calling for a cast iron commitment to end family homelessness with a firm target date to achieve this and also a commitment to build 40,000 social homes over the next 5 years.

Ewa Sadowska speaks about modular houses and migrants’ homelessness in... Infolinia pomocowa dla Polakow w Irlandii / Barka IE new helpline project
Scroll to top
We use cookies on our website to give you the most relevant experience by remembering your preferences and repeat visits. By clicking “Accept”, you consent to the use of ALL the cookies. However you may visit Cookie Settings to provide a controlled consent.
Cookie settingsACCEPT
Manage consent